A monk living in the mountains fell for the moonlight.

He scooped it from the water and poured it into a bottle. But when he returned to the temple,

he realized as he tilted the bottle, the moonlight would disappear too.

Life, as embodied by moonlight, is essentially evanescent, yet rare is the person who does not lust after power, fame, wealth or love or who remains unperturbed by grievances or losses. This Buddhist concept of emptiness can be perceived in celebrated Goryeo Dynasty poet Yi Kyu-Bo’s poem above. In The Moon Embracing the Sun, Yeon-woo cited his lines in her apology letter to Crown Prince Lee Hwon, urging him not to take an incident where she mistook him for a palace thief to heart. Interestingly, though, the letter itself was not an effort to ‘let it go’ on the part of Yeon-woo herself, but rather, embodied the longing of a young woman for her teenage sweetheart. Does the spirit of the letter then contradict its conveyed meaning?

Well, emptiness in Buddhism – which, incidentally, was the state religion in the Goryeo Dynasty – goes deeper than nothingness. While the idea is that all phenomena are empty in themselves, it does not mean they can never be of value to some greater purpose. Rather, Buddhism holds that everything is dependently originated and interconnected. Yet only after we release our grasp on things for their superficial significance and free ourselves from the negative thoughts that arise because of this attachment to them can we embrace the nobler notions of unconditional love and self-sacrifice. And these ideals are what many a romance drama ultimately boils down to. 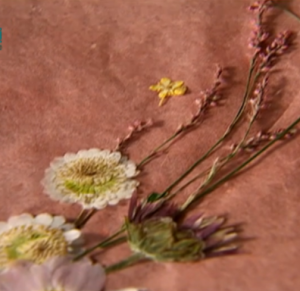 2 thoughts on “The Moonlight in the Well”