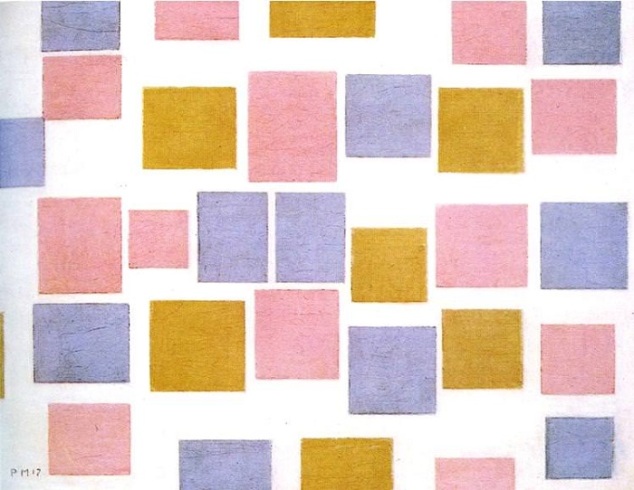 “To hell with logic! Do not talk to me about logic when I’m leading an absurd life anyway.”

Those words come from Shim Bo-nui, the computing whiz who first hunts down an extremely elusive bug in a recruitment contest held by game developer Zeze Factory in the surprisingly geeky romantic comedy Lucky Romance. Obsessed with superstitions, she fixes software hacks only after piling salt around the work station, sticks a talisman under her CEO’s desk, and initially rejects the firm’s job offer because the bad luck she receives there has supposedly caused her sister’s traffic accident. Most ludicrous of all, she believes a fortune teller’s claim that she has to spend the night with a man born in the Chinese zodiac year of tiger to save her sister. It is sobering to note, though, that the difference between Bo-nui and off-screen programmers is sometimes a matter of degree rather than kind. There is a number of possible explanations for such real-life eccentricity.

The first is that no one has complete knowledge of the universe, the power to manipulate all aspects of life, or the ability to perform at the level they like at all times. However strong at logical reasoning and scientifically literate one is, he often finds himself at the mercy of chance and the unknown. Such is the helplessness Bo-nui experiences in the face of her sister’s perilous medical situation. Superstitious practices have thus become her sole source of hope, the only potential agents of change she can turn to in a crisis where experts of the domain have presumably already tried their best. Certain types of challenging computing experience, such as affective computing and robotic limb design, can actually increase the propensity to believe in the supernatural by revealing human intuition or a bodily function being simulated to be so complex that it seems unlikely to have originated organically. MIT professor Rosalind Picard, no less, was left with greater awe at the Maker after her pioneering work in machine-based recognition and modeling of emotions.

Moreover, there is the fallacy that superstitions always emanate from folk traditions, religions or the occult. It can be easy to forget that the lack of rational basis for a practice, not the sphere of knowledge it belongs to, is what fundamentally renders it superstitious. This is duly noted in the webtoon Lucky Romance has been adapted from, in which Bo-nui stuns her self-righteous would-be admirer with the retort that his blind worship of money is also a form of superstition. The 7 Laws of Magical Thinking, a book he consults to understand her in the drama, adds more examples of neglected unscientific acts like throwing dice harder when you want to get a bigger number and treasuring objects just because they were owned by well-known personalities. The author, Matthew Hutson, pointed out that, as usual, cognitive biases such as association of like with like are to blame. Yet, like mentioned before, analytical rigor cultivated later in life may not fully counteract deeply entrenched habits of mind society promotes and crude survival instincts honed by millennia of evolution.

In fact, personal vulnerability and mundane bias seem to have jointly contributed to a particular type of irrational behavior endemic in computer science professions. After all, information technology workers often do not have perfect mastery of skills they specialize in either. When armed with protocols or code that worked well in previous tasks, for example, they may not know how exactly these instructions have facilitated the work, or whether the instructions have merely created no trouble. Fearful that modifications would introduce hiccups, these workers may ritualistically include redundant program structures and work steps in new computing projects. The former phenomenon has been branded “cargo cult programming,” a term recalling tribal folks newly exposed to flight technology who created mock airways and wooden imitations of electronic air control equipment in the hope of summoning more airplanes carrying useful goods, and “voodoo programming.”

Superstitions also mingle among aphorisms that guide work attitudes and career choices. Self-help advice, which the larger society frequently also helps shape, tends to be irresponsibly worded, and their adherents sometimes seem to be so conditioned to the principles espoused that they do not stop to question them. When we repeat the maxim “Choose a job you love and you’ll never have to work a day in your life,” we blithely ignore the reality that, no matter how passionate you are about a vocation, it more likely than not also has facets you would rather not deal with. When we tell ourselves, “Do your work with your whole heart and you will succeed,” we overlook the need for personal branding and workplace relationship management. In particular, some IT professionals may have chosen their vocations out of the belief that they suit their social awkwardness, which is worrisome since teamwork, conflict management, negotiation and networking are frequently important in computer science jobs as well. At the end of the day, even lone-wolf programmers have to answer to someone, if not a client then probably another technical professional who is prone to violent outbursts because he finds interpersonal relations just as confusing and taxing and so requires better-than-average people skills to deal with, not worse.

Sometimes, irrational beliefs persist because the causes of outcomes are difficult to establish and emotional criteria (e.g. degrees of piety and love) for the beliefs to work are not clearly specified. And sometimes, magical thinking actually works, because it simplifies decision-making and, as Hutson explained, gives one the emotional strength and confidence that boost his chances of success. If everyone were to personally conduct thorough investigation of all options and every element of their work materials all the time, probably little would get done. To some extent, too, although absolute faith in and expectations of perfect results from folk wisdom may be unwarranted, the advice may still point one in the right direction. Loving one’s occupation, for instance, may not guarantee happiness and success, but the odds are still generally better than those of being a lifeless corporate drone. When the person has already done his best to explore alternatives and resolve all potential sources of trouble anyway, belief also helps him stay energized and focused on the task. On occasions, then, superstitions become self-fulfilling prophecies, to the indignation of proponents of logical thinking and intellectual honesty.

Even the most unimaginable worshipers of superstitions—highly intelligent people who embrace irrefutably debunked myths—need not be mere screen creations. IT professionals can have multiple competing identities. A mobile app developer may also be an animal rights activist, webtoonist, romance novelist and one-time attorney all rolled into one. This may mean that the logician in him contends with his inner dreamer, the part of himself in need of thrill, drama, unbridled imagination, etc. Alternatively, a succession of younger selves may be nesting within each other inside him: the comfort-seeking 5-year-old, the authority-questioning 15-year-old, the enterprising 25-year-old, the multi-tasking 35-year-old, the reminiscing 45-year-old and so on. Deep down, he probably does not believe in a superstition, but wants to anyway.

Nevertheless, careers, interests and personalities are not the only dimensions along which identities are constructed. Identities are also defined in relation to other people. Yet it is unwise, unfeeling and, very often, unfeasible to use rationality as the chief criterion for choosing who you want to be a kin, lover or friend to. It would therefore be unsurprising to see people who neither believe nor want to believe in superstitions yet participate in them anyway to offer superstitious loved ones solidarity and companionship.

Understanding need not bring about acceptance. Although Hutson wrote effusively (and somewhat ramblingly) about the comfort superstitious practices offer to the likes of Bo-nui, he at least took care to mention the pitfalls: erroneous estimation of danger or strength, maladaptive dependence, inflexibility in daily routines, missed opportunities for learning owing to lack of genuine understanding, etc. Still, we can take the criticism further. Even if a shortcut works ninety-nine out of a hundred times, that one occasion it causes grievous damage still calls for immediate assessment of priorities and construction of a more refined approach. Importantly, as well, there is a huge moral difference between embracing ill-founded beliefs and acts affecting only you and prescribing them for others. Certain acts also just cannot be ethically justified by any heavenly will or cosmic rule. In this connection, upon considering the plights of abused relationship partners and trafficked females over the world, the instances when romance and comedy go missing in Lucky Romance‘s tiger-hunting plotline might not feel like a letdown. No man or god has the right to lead a woman into believing that her only choice is to sacrifice her dignity, much less for the amusement of spectators.

And no matter how the drama will go down in the history of television, some bubbly girl who carries amulets inside Couronne bags but effortlessly communicates in Malbolge may be thankful that, after going through Revenge of the Nerds (1984), The Social Network (2010), The Imitation Game (2014) and more, a globally watched production has finally told her story.

[Warning: Both book and drama contain material unsuitable for minors.]