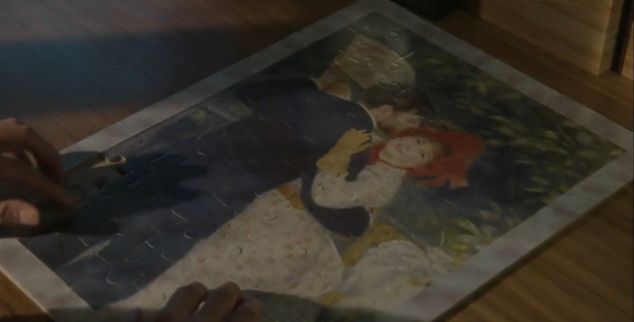 Fairy tale motifs like Cinderellas, wealthy Prince Charmings and beasts with hearts of gold underneath forbidding exteriors are very much alive in modern adult literature and films, as a drama reviewer helpfully pointed out. The titular pretty princess of She Was Pretty gets the raw end of the stick, however, when she grows up into a penniless ugly duckling, while her tubby childhood sweetheart transforms into a handsome and successful man looking like he has stepped out of a fashion magazine. Whereas he used to be the awkward, bespectacled child scuttering away at the appearance of the next-door belle, she is now the one hiding out of his sight and looking on in sadness as he embraces her ravishing bosom friend, whom he believes is her. In her reality, she thinks, she is just a supporting character, perhaps an almost invisible extra.

He, on the other hand, feels that the degree to which a person basks in the limelight does not cement his/her status as a main or supporting character. A change of perspective may reveal that the narrative is really about the emotions or personal development of someone lurking in the shadows. In Pierre-Auguste Renoir’s Dance in the Country (1883), the central figure may not be the beaming, flamboyant woman whose bright red bonnet, floral details and voluminous dress draws attention to herself, or her dapper dance partner. It may very well be the woman watching outside the terrace where they are dancing, the railing of the terrace and tree leaves framing her face to the effect that she looks trapped in a neglected forest prison. Like the star-crossed lovers, the screenwriter Jo Sung-hee postulates, she is harboring a secret love for someone. Jo has her male lead entrust a jigsaw piece with the lovelorn woman to the female lead at their last childhood meeting, while he keeps the remaining puzzle of the painting. How she will find her way back to the picture and into the hole in his heart is the focus of the story.