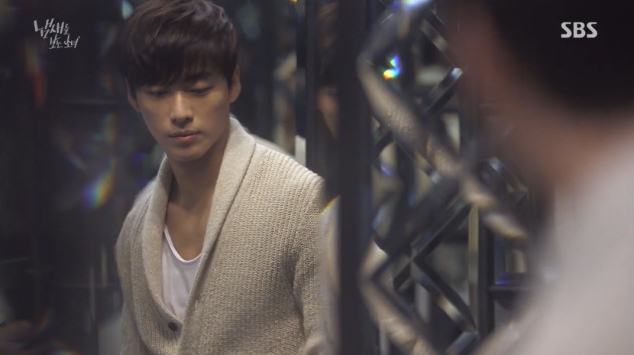 What if gazing at a face were like gazing at a carnation, taking in its warmth and beauty with the sad understanding that if one were to encounter it again in a sea of similar objects one would never realize that?

Prior to that, the recognition of objects starts with the recognition of how vision truly works in the human society. With a carnation, a person has to first decipher its contours, folds and colors (the transmission of optical information from the retina to the brain). Next, he must identify it as no other flower or non-floral object but a carnation (the cognitive processing of visual input). Moving on, he should be able to tell that a pink carnation, for instance, is one individual’s expression of love or appreciation to another individual (the understanding of the social contexts of visual cues). Finally, he ought to be able to feel vicariously, from the sight of the flower, this kind of tender affection (the empathy to visual cues). In other words, there are physiological, cognitive, social and emotional dimensions to the sense of sight.

With a human face, the criteria for cognition are more exacting: one has to see it not only as a human face, but also as the face of the precise contact it belongs to. The Girl Who Sees Smells revolved around the titular character (Cho-rim), who gained the paranormal sense of seeing smells in the wake of a crime, a detective (Mu-gak) who lost his senses of smell, taste and pain because of the same crime, and the crime perpetrator (Jae-hee), who could not make full sense of his sense of sight. Formally known as “prosopagnosia,” Jae-hee’s condition is one that renders its sufferers incapable of recognizing faces even though their intellect, general memory and visual acuity may be normal. One face may appear so indistinguishable from another or elicit so little meaning in the brain that some cannot even identify themselves in photographs.

In the tale, Jae-hee’s face blindness was triggered by his haunting experiences as a victim of abuse, which caused his mind to unconsciously reject human faces. In reality, interpersonal factors have indeed been postulated to be the cause of certain cases of prosopagnosia. Science documentaries researcher Kate Széll, for instance, suggested that children who grow up socially deprived may lack the experience necessary to train the brain to identify faces while it still has the capacity to develop this ability, citing a study highlighting the weaker face memory abilities of those raised in institutions like orphanages. Nonetheless, without further investigation, it is difficult to tell from this finding whether institutional care is an actual contributor to defective face recognition or the co-existing effect of some unknown factor predisposing children to defective face recognition.

More certain at present is the fact that prosopagnosia is often a congenital disorder (although it can also be acquired through brain injuries) and, compared to Jae-hee, the sequence of neurological deficit and interpersonal difficulties is reversed for many sufferers. Sometimes running in the family, the disorder is thought to be the result of defects in the right fusiform gyrus, a brain region apparently coordinating neural systems involved in facial perception and memory. Children with the condition may feel overwhelmed by the deluge of indistinct faces to respond to correctly and develop social anxiety as a result. Ignorant or skeptical of the disorder, their peers may mistake their failure to greet people for arrogance, incivility, inattentiveness and even mental disability—even though a number of prosopagnosics have gone on to become scholars, like English professor Heather Sellers, primatologist Jane Goodall and neurologist Oliver Sacks. Such negative perceptions and lack of self-confidence, in turn, can make them easy targets for bullying. Worst of all, unable to tell friend from foe, some prosopagnosics can neither report nor stay away from them. In fact, all the faceless masses around may become potential assailants in the eyes of severe prosopagnosics. This can drive the children to retreat into their shells, which may hamper their psycho-social development, including that in non-verbal communication. What is originally only a deficit in cognitive processing of faces may thus morph into one in the understanding of their social meanings as well.

Glenn Alperin, an advocate for the prosopagnosia community, however, saw value in the condition. Prosopagnosics usually compensate for their flaws by paying attention to people’s clothing, hairstyles, makeup, body shapes, voices, personalities and contextual clues. Singling out the use of personalities, which he thought were more distinctive than physical traits, Alperin argued that face blindness prompted him to focus more on the inside of an individual than the outside. It remains to be seen, though, whether this is more of his self-belief or an actual habit successfully practiced by him and most other prosopagnosics. After all, prosopagnosics normally have intact vision. They are possibly just as likely as ordinary humans to be swayed by appearances, except that in their case, non-facial aspects of appearances may have a more lasting impact than subtle facial information. What is to say that they are not biologically primed to value some kind of visual attractiveness, for instance, over distinctiveness, no matter how helpful the latter is? Perhaps, a group of well-coiffed and immaculately suited passersby they could not tell apart would leave them with a more favorable impression than a sloppily dressed neighbor with quirky mannerisms.

Even so, there may be some value in the way prosopagnosics appraise appearances, and this may enrich the cognitive and social content of their visual experiences in certain ways. Unlike bare faces, which, in the absence of cosmetic surgery, are shaped to a large extent by genetic and environmental factors outside one’s control, personal styling, body shapes and other aspects of the self relatively amenable to grooming and lifestyle modifications may be more reflective of the person’s will. Less distracted by unchanging facial configurations, prosopagnosics may see an individual the way he yearns to be perceived. In their relatively uncluttered visual memories, makeovers can appear more dramatic and fascinating than they do to normal people. Although they may not remember passing acquaintances as readily as those with more memory aids would, the upside is that, being less encumbered by preconceived notions, they can potentially start with a clean slate with such acquaintances, lifting people from the curses of first impressions. A side chignon and kimono silk scarf may be all it takes for a frumpy housewife scorned one day to be accepted anew by a prosopagnosic as a refined lady the next. Finally, except for those whose conditions are so serious that every face literally looks the same, prosopagnosics can see physical similarities where few others do, through which they may find mysterious bonds between disconnected individuals—a wondrous phenomenon in a world where many are constantly at each other’s throats. In short, when one door closes for prosopagnosics, another opens.

Certainly, there is another side to each of those points. Non-facial appearances are sometimes a reflection of not only resource constraints but also societal expectations and sanctions (e.g. workplace dress codes) rather than free will. Changes to appearances can also take a turn for the worse. Many people prefer to be seen as unique. Some prefer being remembered over being treated as a new person each time they catch someone’s eyes. Some hate to have their identities tied to any aspect of their exteriors. Any perceived bond based on facial semblance between unrelated individuals probably holds little meaning, if at all, to those individuals. Yet these arguments seem to boil down to the choice of seeing the glass as half empty or half full. They do not deny that prosopagnosia can bring with it alternate cognitive and social insights.

But what about the emotional world of prosopagnosics? In the drama, both Mu-gak and Jae-hee grappled with inner emptiness. Mu-gak filled his void by stuffing himself with food, notwithstanding his inability to taste and smell. Jae-hee murdered. Perversely thinking that he could acquire people’s lives by making them write autobiographies and killing them afterwards, he displayed more feelings for the journals than for any actual human. In truth, though, prosopagnosics need not live in emotional poverty most of the time. Electrophysiological measurements suggest that even when they cannot consciously tell that they are looking at faces of people they know, the sights alone are sufficient to stir up feelings in them. In contrast, people with Capgras Syndrome experience no emotional familiarity with loved ones they see, believing them to be identical-looking impostors.

Even if those feelings of recognition are too weak to register in their consciousness, prosopagnosics can still turn to their imagination to mitigate any emotional deficit. At first glance, The Girl Who Sees Smells appeared set to follow the popular Korean drama template of some sweet-natured girl healing the wound of an aloof hero. However, Mu-gak might have played a greater role in his recovery than it seemed. He could find true joy even in his scentless and flavorless meals, filling in the emotional gaps for himself by recollecting his earlier experiences with senses and people, such as how his mother used to cook a particular dish to comfort him when he was ill. It was possible that such emotional flexibility, preserved behind his impassive facade, laid the foundation for the relationship he built with Cho-rim and, in fact, the entire police team. Taking a leaf from Mu-gak’s book, prosopagnosics can see in their minds’ eyes how they would feel towards someone they know and react in a similar manner to as-yet unidentified people. That would invoke philosopher Mencius’ ideal of honoring the elderly of other families the way one would honor those in his own family and loving others’ children as one’s own.

So far, this discussion seems pertinent only to the 2–2.4% of the population estimated to have the disorder. However, insofar as face blindness involves an inability to perceive identities from faces, the rest of the population are blind to numerous faces to varying degrees too. They may see the visual uniqueness of strangers, but not their personalities and backgrounds, much less needs and difficulties. The deficiency in such knowledge similarly complicates interpersonal dynamics, but also allows people to be viewed without preconceptions. And any emotional gulf, too, can be ameliorated by simply respecting and showing consideration for everyone, irrespective of familiarity.

Faces are sometimes but accidental combinations of features reflecting “neither character nor soul, nor what we call the self,” as novelist Milan Kundera wrote. Yet society has come to rely so heavily on these superficial symbols that those who do not speak the language of face risk marginalization. Thankfully, the human mind is also complex enough to approach faces from diverse angles and engage from these angles, different facets of human lives. One may not be able to tell a carnation apart from others, but he can smile at the entire sea of carnations before they wilt away, knowing that his beloved one is or could have been somewhere out there. 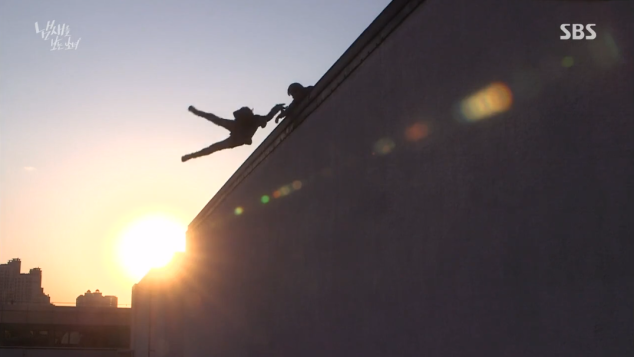 5 thoughts on “Inside a Sensory Labyrinth”