Some actors gave the impression of falling in love for real every time they filmed a drama. Actresses Ha Ji-won and Baek Jin-hee reportedly professed genuine affection for their co-stars that lasted until the conclusion of the series. Scriptwriter Park Hye-ryun, on the other hand, effectively romanced many of her screen creations.

Fantasy elements were incorporated into two of her latest works, I Hear Your Voice (hereafter “Voice“) and Pinocchio, but there was arguably nothing magical about the atmospheres in both shows. The hero’s mind-reading ability in Voice and the heroine’s hiccup-inducing, compulsive truth-telling disorder that made ignoring even unconscious lies impossible in Pinocchio mainly acted as narrative shortcuts compelling the lead couple in each drama to face their feelings and take the next step in their relationships, whether it be a love confession or heart-rending breakup, with courage. At times, these invented biological phenomena also functioned as snide social commentaries on the amount of lies oiling the wheels of social interaction and how people tend to pull wool over even their own eyes. They were handy, too, for the odd fight with school bullies and random comedic moments involving inadvertent disclosure of some awkward thought. When it came to major plot points like outwitting a bloodthirsty murderer and exposing corruption scandals, however, the two phenomena barely altered the flows of the narratives. The lead characters maneuvered themselves out of difficult situations like these not with their heightened senses, but with raw intellect and determination. For the most part, it could be argued that the paranormal sensations were superfluous and forgettable quirks that served, at most, as marketing fluff and a nod to Park’s truth-searching themes but added little Hollywood-style melodramatic fireworks, if at all, to the productions.

Park hardly broke the mold in either drama or an earlier show titled Dream High, yet all three had a fresh feel to them. The genres she tackled were a dime a dozen on the small screen: legal melodrama (Voice), newsroom drama (Pinocchio) and art school drama (Dream High). A short synopsis of each work would probably give little reason, beyond an undying love of the genres, for viewing them, considering how the overall story arcs were almost just as banal as the premises (the good punished the evil, the underdogs succeeded against all odds). The tropes she sometimes employed—temporary amnesia in one drama and dream-crushing handicap in another—did not help. On the other hand, the gusto with which Park explored the diverse themes in the three different genres was riveting. Her intense earnestness could be felt in all the hats she wore—as a crusader for criminal rights in Voice, an activist protesting against media manipulation in Pinocchio and a loving guardian of youthful dreams in Dream High. In her scripts, social problems were not mere plot accessories moving characters from points A to B, but subjects depicted with such nuance and compelling quality that they appeared to take on lives of their own. The real hyper sense in Park’s works, it seems, was a sense of mission.

This kind of vocational enthusiasm, marked by a keenness of purpose, was something she infused into her characters in their growth arcs as well. Dream High was about mediocre teachers who rediscovered their teenage dreams and what they wanted from their careers (i.e. nurturing young talent) half as much as it was about high school students developing theirs. Putting a further twist on that concept, Voice told the story of a jaded defense attorney who worked at her job like a lifeless assembly line worker, cutting and pasting her court speeches from one case to another and not even remembering her clients’ biographical details, until a couple of indignant teenagers awakened her sense of justice. Pinocchio ended with an episode named “Peter Pan,” a possible expression of hope that the youthful idealism rookie reporters had been similarly infecting veteran colleagues with over the course of the series would forever stay on.

Nonetheless, this article’s highlight of Park’s success with conventional genres and story templates in no way implies that there is no place for glitzy cross-genre dramas with full-on supernatural effects and avant-garde, whimsical productions which defy classification. Our narrative landscape will probably be the poorer for it without such cross-fertilization of ideas from different disciplines and out-of-the-box thinking. Previous failures at these kinds of bold attempts should not stop us from hoping for the better. All the same, there is also value in doing something ordinary but potentially effective with a flourish.

Such an insight applies to the realm of public policy too. In an opinion piece published in The New York Times in April 2015, economics scholar Arthur C. Brooks commented that while fanciful public projects tend to be more attention-grabbing, simple and familiar policy measures may be most effective at redressing social ills. Examples he cited included raising school attendance rates versus distributing mobile learning devices and, especially, free trade versus showy development projects. But Brooks may have been too conservative in his evaluation of the potential of such policy innovations. Perhaps, when implemented appropriately, mobile learning devices can allow rural students residing too far away from brick-and-mortar schools and/or working long hours to attend virtual classes, while groundbreaking development programs can enable a country to take better advantage of free trade by boosting its economic competitiveness.

The power of the mundane works in more fundamental ways. It is about putting in place and maintaining basic transportation and communication infrastructure so that people can have ready access to opportunities and resources, whether physical or virtual, national or global. It is also about building facilities as rudimentary as working street lamps, traffic lights and residential toilets so that everyone can go about their lives without nagging safety concerns. It is, no less, about governance free of corruption, oppression, discrimination and bureaucratic inefficiency so that these necessities and more can be delivered to all with minimal complications. Walking home at night without ever wondering who lurks in the shadows, driving on the road without encountering a single pothole and obtaining business licenses in a time-efficient manner without paying any amounts of bribes are experiences that should occur so naturally and consistently to people—as they already do in parts of the developed world—that they go through them unthinkingly.

Not that generic dramas and basic living standards as we know them today have always been an accustomed sight somewhere in the world. Some time in the distant past, mentally transporting oneself to visually compelling and dynamic worlds, where about the only obstacles between people and the ideals they fought for were cancer and trucks of doom, while remaining in the comfort of home was something possible, if one was even lucky enough, only in dreams. Physical transportation, on the other hand, mainly consisted of navigating or creating with one’s own feet dirt tracks crisscrossing over lawless lands. Somewhere down the road, go-getters finessed one revolutionary change after another that eventually started turning dreams into reality. Their ingenious creations—television sets, heart-stopping cinematic moments, streets and street fixtures—induced a sense of marvel until idealists like Park and her lead characters helped spread their ideas far and wide such that they became commonplace enough in some places that people stopped batting an eyelid at the mention of them and moved on to new aspirations.

Truly spectacular magic is arguably about making the extraordinary ordinary. To carry on such magic, we need both forward-looking visionaries and people who keep the older but still relevant dreams of past visionaries young in their hearts. As with the present-day romance in Voice, the latter can start from turning on a few street lamps. 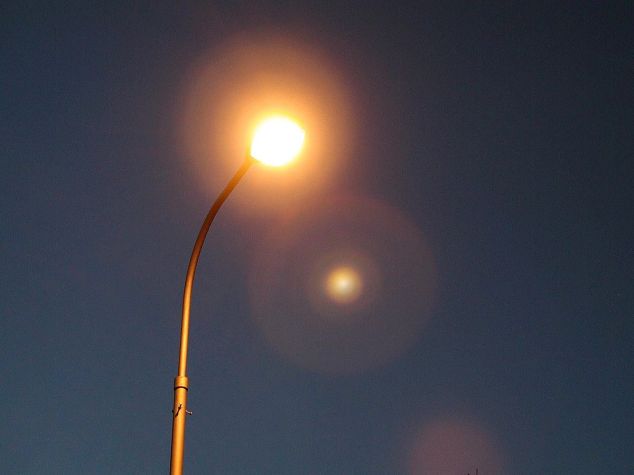